The residents of Hopewood Gardens, one of Darling Point’s most exclusive and iconic high-rise developments, had been experiencing disruption to their daily lives and damage to their property for some time.

Due to its age and the natural demand that high-density living places on a building’s infrastructure, the plumbing system – which was original to the building and dated back to the 1960’s – had begun to fail.

Like many post WW2 high-rise developments in Sydney, the plumbing system was made primarily from cast iron pipework, which naturally deteriorates over time and has a life expectancy of around 50-years. Leaving this, and many other similar buildings in Sydney, in some serious strife.

The building’s wastewater system consists of a number of vertical stacks, which run from the roof to the ground level, servicing kitchens, bathrooms and laundries.

Upon conducting a thorough inspection of each vertical stack, the team found that the original cast iron pipework had rusted, cracking and breaking in multiple sections, which was causing wastewater to escape and flood both common and private areas.

Due to both the condition and position of the vertical stacks, patching or replacing the damaged sections would have been difficult and extremely expensive. Pipe relining (as always) provided a much cheaper and considerably less disruptive option for the owners. 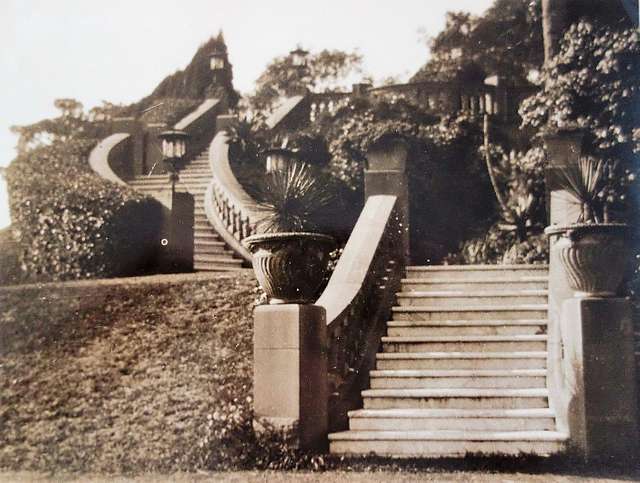 Relining vertically pipe work is challenging. Depending on the height of the building, gaining access can be tricky. But more importantly, curing and finishing the liner once it has been installed requires the use of steam, rather than the traditional hot water technique that is used underground.

When relining vertical stacks, the head pressure is far too great to use water to cure the liner. Doing so would be dangerous both for our technicians and for the building itself. The use of steam has emerged within the industry over the last 5-years and is a great alternative to hot water, especially when undertaking vertical pipe relining projects.

Due to the scale of this project and the requirement to ensure the work was completed quickly, we up tooled, purchasing a new high power steamer that enabled us to cure the line quickly – up to ¼ of the time – allowing ample time to ensure all junctions were reinstated and fixtures were operational following our 9-5 work window. 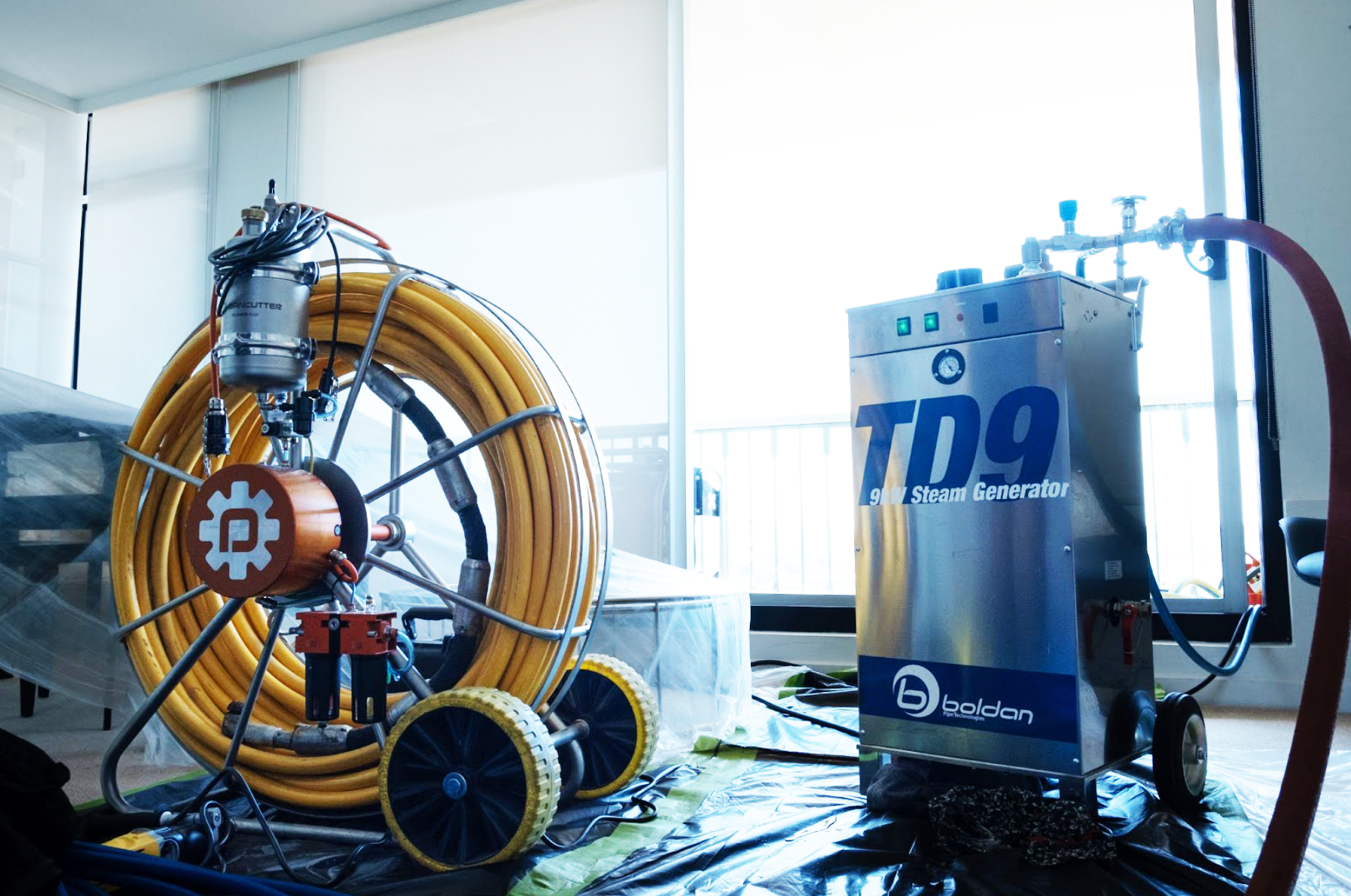 Hopewood Gardens is a beautiful building with 360 views of Sydney Harbour. The residents, understandably, take pride in where they live. We took it upon ourselves to emulate this sentiment by ensuring we took the utmost care, limited disruption, and endeavored to complete the project as efficiently as possible.

Firstly, it was important to us that the Strata committee and building management fully understood the scale of the project and the risk associated with not rehabilitating the quickly deteriorating pipework. Before submitting our proposal, we conducted a thorough survey from the roof to the ground level to assess the scale of the damage and the associated risk, before presenting this back to the committee – along with a relined section of their damaged pipe that we had cut from the building.

Once approved, the process of accessing access points and outlining our approach began. We inspected each entry point from top to bottom to establish which apartments would be the most practical to work from. This also provided us with a great opportunity to meet some of the building’s residents, reassure them and discuss any concerns they had in regard to the project.

The height of the Hopewood Gardens building meant that we had to reline each vertical stack in two sections. The first from the kitchen of a mid-level apartment to the ground, and the second from the roof to fully seal the line. Due to the necessary intrusion into people’s homes, a dedicated team took measures to protect each property, installing protective materials and drop sheets throughout to ensure no damage was caused when working inside.

Whilst some disruption to services was unavoidable, we worked hard to ensure all facilities were operating outside the allocated 9-5 work window. In addition, we broke the project into 2x 5-day chunks, allowing some breathing room for the residents between each phase and limiting the concentration of the disruption.

Most importantly, throughout the process, our team was in regular communication with all stakeholders, sharing schedules and diagrams to ensure everyone was aware of what was happening and when. 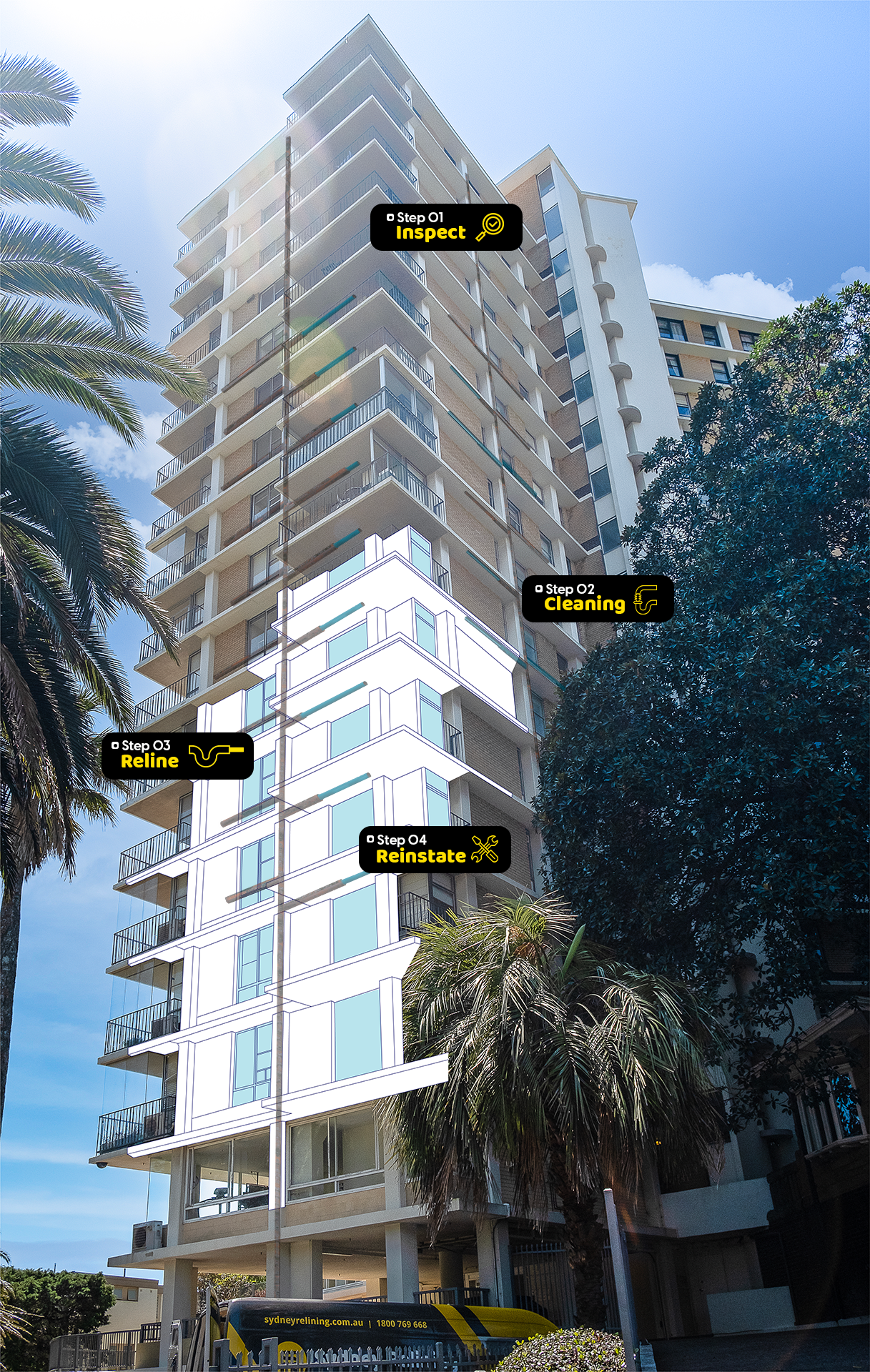 In such an exclusive, established building, pre-project/pipe reline nerves are inevitable from residents and building management. However, much to their and our delight, the project was completed ahead of time and with little disruption. This old building, full of history and heritage, now has a smooth, sealed soul that will stand the test of time and prevent further damage for years to come.

"Sydney Relining recently completed the relining of the vertical sewer stacks in our building at Darling point. The team at Sydney Relining are professional and highly qualified. The work was carried out efficiently and with minimal impact to residents. We would have no hesitation in recommending Sydney Relining to other strata and residential buildings."

Our Other Case Studies

Dive Deeper Into Our Client Work

For over 15 years, Sydney Relining has worked with AW Edwards plumbing, providing specialist pipe relining services to enhance their offering and add value for their customers.