Why it is invariably more expensive to excavate and replace, compared to pipe relining.

Before pipe relining technology, the only option to repair a damaged pipe was to excavate and replace the line. At best, excavation involved digging down through soft ground causing a little mess and a temporary disruption of your domestic harmony. At worst, you’re looking out the window, protecting your eyes and ears from the jackhammer that is demolishing your driveway, distraught at the thought of the bill you’re yet to receive and wondering when the nightmare might end.

Pipe Relining technology was developed to avoid excavation, providing a less disruptive and cheaper alternative, which is exactly what it does. And whilst there are varying degrees of excavation, rarely (if ever) is it a cheaper option than relining, not to mention relining is much more pleasant.

We have outlined three separate scenarios, taken from real-world projects, that compare an excavation and pipe relining solution side by side so that you can see that the numbers don’t lie when you’re deciding whether to dig and replace or simply, reline.

Tree roots have compromised the sewer line that runs from your property to the boundary tap. It is buried 2m under your pristine lawn and; there is no access for an excavator! CC.TV inspections have identified a significant blockage and multiple cracks in the old terracotta pipe that is 10m in length.

02 A damaged drain that runs under the pool

To everyone’s delight, you have installed a pool in your backyard – just in time for summer. To your despair, the original sewer drainage runs under the new pool and has become damaged due to ground movement, causing cracks and misalignments in your summer which is 20m in length.

03 Blockages beneath the bathroom

The waste line from the house to the boundary tap has become compromised due to ground movement, causing sewage to back up into the bathroom. The damaged pipe is located under the new, polished concrete floor of the bathroom and a stencil create driveway. The pipe is 30m long including 3 junction connections. 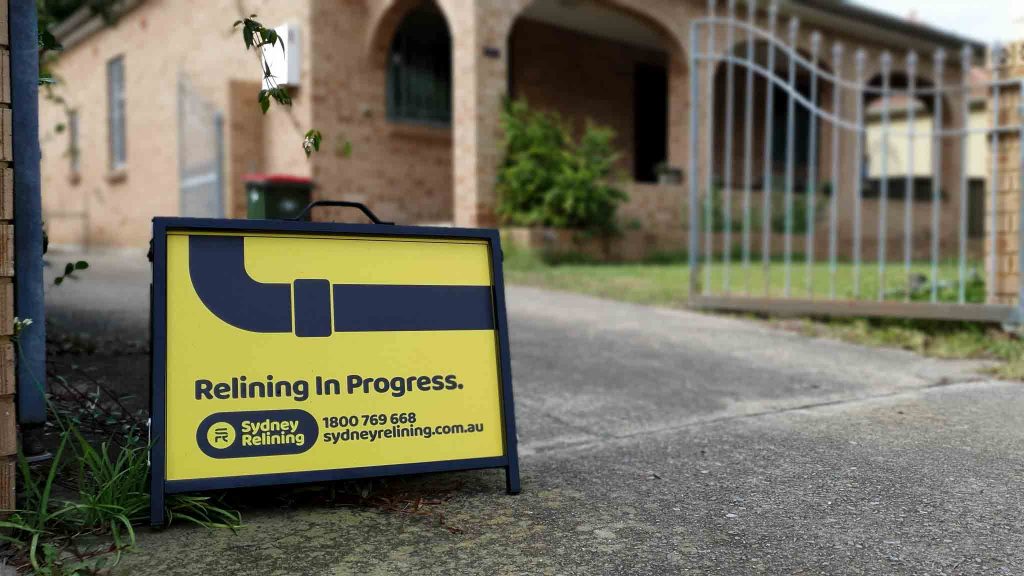 You may have noticed that the pipe relining process rarely deviates from 3 simple steps:

From time to time and typically due to a unique combination of circumstances, the old school dig and replace technique may still be employed, but for the vast majority of pipe, drain, and sewer faults, the simple application of relining techniques will be much more cost-effective for your wallet and much less offensive on your eyes, ears, and blood pressure.